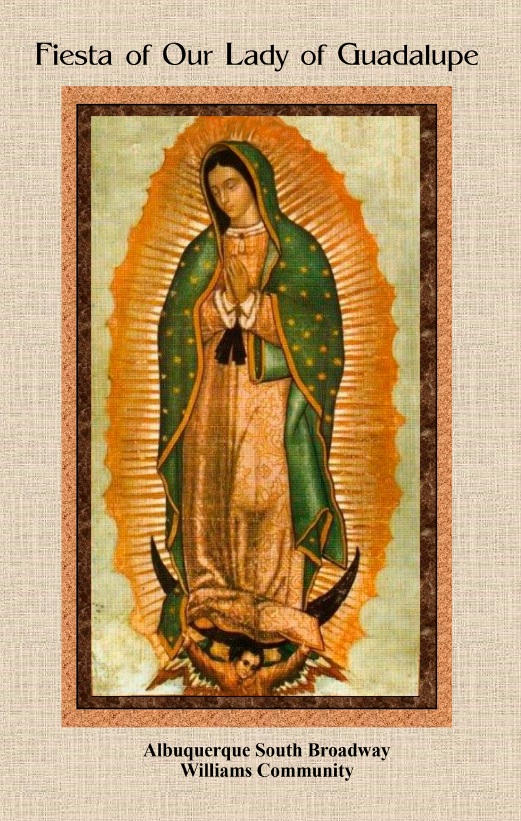 Cultural historian, Gloria Robinson captured the passion and devotion of the families who for nearly a hundred years celebrate the Catholic holiday associated with Our Lady of Guadalupe in a barrio on the far south side of Albuquerque with her book “Fiesta of Our Lady of Guadalupe”.

Her prologue gives us a glimpse of the rich and detailed description within:

Having spent most of my youth growing up in the Williams community on the southeast side of Albuquerque, New Mexico, I was immersed in the culture of La Fiesta de Nuestra Señora de Guadalupe (Our Lady of Guadalupe) from a very young age. Thanks to my maternal grandmother, it left an indelible mark on my identity as a sixteenth generation New Mexican. We attended St. Francis Xavier Church, went to school at John Marshall Elementary and enjoyed shopping at the Santiago neighborhood store.

My grandmother Angelica grew up in the village of San Antoñito, New Mexico, in Sandia Park, Bernalillo County, where the Matachine culture was a part of her religious life and the way the community celebrated their faith.

The Matachine culture is a religious celebration of native peoples in the Americas; the dance began as a dance of drama that dates back to the Moors in Spain. It is an ancient tradition with its origin as a dance that dramatizes the battle between Christianity and paganism. The Spanish brought this tradition with them and introduced it into the New World. The current dance drama has twelve danzantes (dancers) that can be traced to the Village of San Antonio in the last century as it is practiced religiously in the Villages of San Antonio, San Antoñito, and Tijeras Canyon villages in East Mountains of Albuquerque. In today’s world, it represents the unity of faith and culture. Many forms of Matachines are seen throughout New Mexico, as many villages and some pueblos have adapted their own form of the ritual dance. 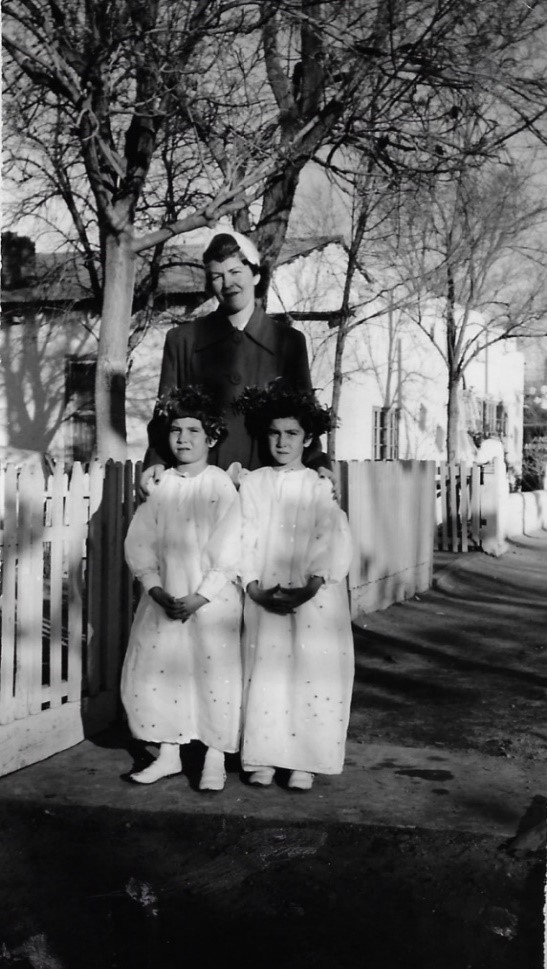 Growing up in the Mexican-American neighborhood and community of Williams, we combined our Matachine culture with the traditions of La Nuestra Señora de Guadalupe and it became a beautiful blending and celebration of the Mexican and Spanish cultures.

Fiestas are a vibrant time for families and a joyous time for the neighborhood. It provides us with a sense of community to celebrate together each and every year. The roots of La Fiesta de Nuestra Señora de Guadalupe celebration lie deep in the faith of la gente de México (the people of México).

The people who moved from México and lived in the Williams community brought their faith and traditions of celebrating La Fiesta with them. Today, nearly one hundred years later, we continue to celebrate this important ritual each year on December 12th during her feast day.

This book is a dedication to the long history of this cultural and religious tradition of La Fiesta de Nuestra Señora de Guadalupe in the Williams community. First published in 1998, I have updated the book, as we near the centennial celebration in 2021 to recapture and recognize the dedicated people who have made this tradition an integral part and fabric of the community. My hope is that the next generations will find room in their hearts for continuing this celebration in the same way their ancestors did.

(Pictured above are Gloria and her sister, Linda, dressed as Angelitas at the age of five along with their mother, Ramona.)

Fiesta of Our Lady of Guadalupe is available on Amazon.  For more information click here.