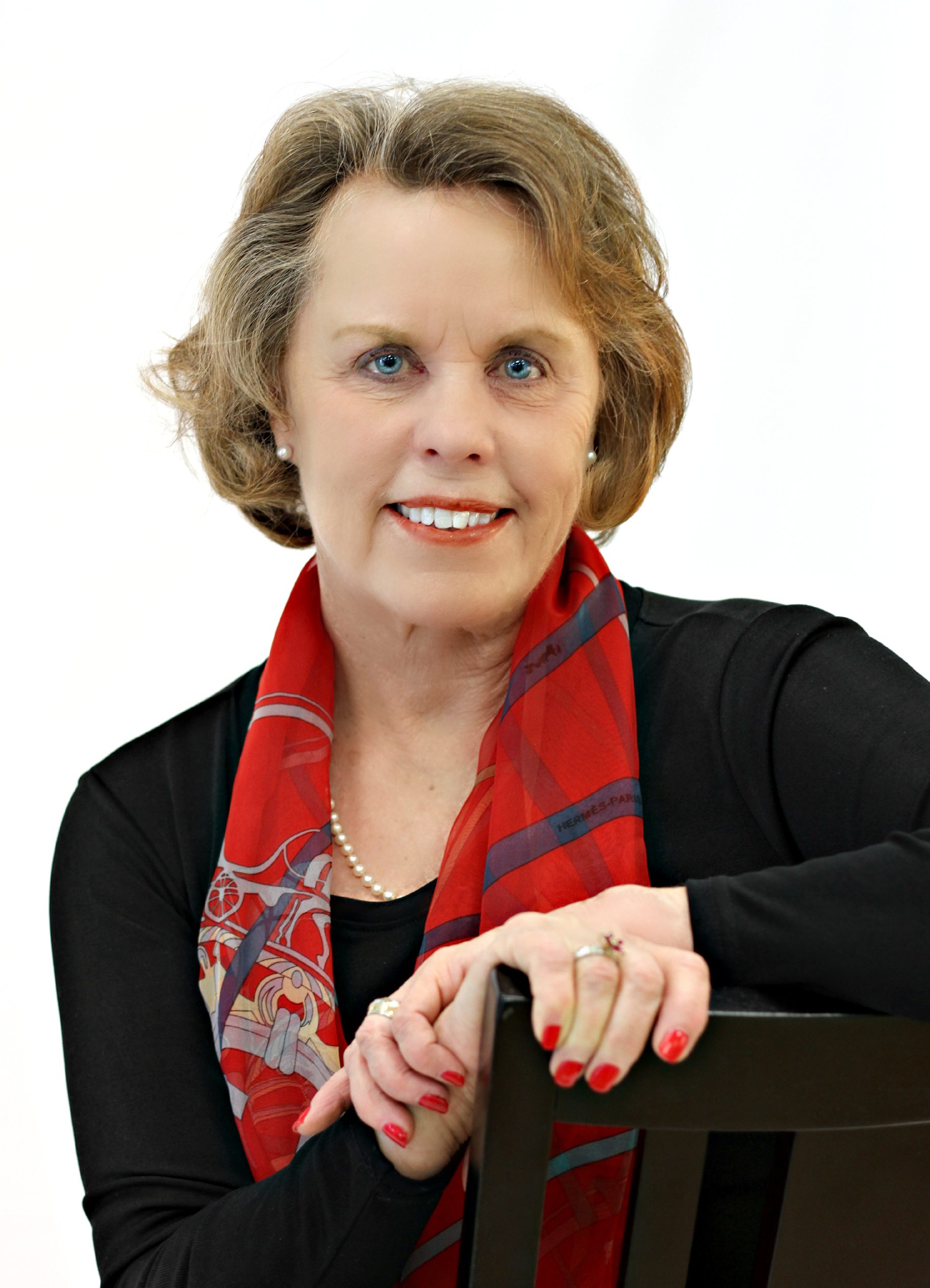 Paula Paul writes extraordinary stories that touch the heart and capture the mind.  She was born on her grandparents’ cotton farm near Shallowater, Texas, and graduated from a country high school near Maple, Texas. She earned a B.A. in journalism and has worked as a reporter for newspapers in both Texas and New Mexico.

She’s been the recipient of state and national awards for her work as a journalist and with over 25 books to her credit she has won numerous awards in literature. CRAZY QUILT, was her first literary novel, and one third of its royalties go to cancer research.

For more information on upcoming books see her website.  www.paulapaul.net

Ivy Barton leaves behind her home in Tennessee and her shattered innocence as well when she travels across the country with her husband, Alex. When Alex’s unwise choices leave them penniless in the rough and tumble world of the Colorado gold fields in 1891, Ivy assumes the identity of saloon owner Montana McCrory to survive. A ruthless gambler named Langdon Runnels becomes her tutor not only for the business of gambling and saloon keeping, but for the art of life.

Sins of the Empress

A young German princess is forced to marry the heir to the Russian throne. She takes lovers to help her produce an heir and to save Russia from her incompetent husband.

Meghan, Merlin’s fifteen-year-old sister, is accidently transported to twenty-first-century America, a confusing place with its own kind of magic. She has to decide whether or not to risk everything to help a friend who is bullied for being gay.

Set in rural west Texas during World War II, INHERITED SINS is the story of a woman with a secret past that continues to shape and distort her life. It is also the story of a minister whose loss of his son has changed him forever. The lives of these two meld into a story of sin and unconventional redemption.

In the eighth century, a woman with a mind and a will of her own rarely found more than scorn and abuse for her presumption. So it is for Amelia of the Ardennes, a novice in Munster-Bilzen Abbey. When Charlemagne, the most powerful man in Europe, visits the abbey, melia is chosen to escort the charismatic king and both of their lives are changed forever. Written under the pseudonymn Catherine Monroe.

Written under the pseudonym Catherine Monroe, BAREFOOT GIRL, is the story of a young peasant woman in 14th century Italy. Margharita is toiling in her family’s meager field when a handsome gentleman rides in with a proposal of marriage. After only a few words with her father,Master Domenico Vasari tears Margharita away from the family she cherishes and the farm boy she loves-and hauls her off to a foreign, violent life, full of strangers and strange customs.

At the Vasari castle, she is given powders, perfumes, and gowns of silk. But for these fineries Margharita pays a dear price. Vasari beats her, viciously and without warning, even when she becomes pregnant. Slowly, Margharita’s fate is revealted to her along with the reason that she will forever be known as the Barefooted One.

CRAZY QUILT is the story of Flora Adams who is recovering from cancer treatment, and who never thought the detour she took on the way to visit her aunt would lead her into a labyrinth of emotions with as little cohesion as an old-fashioned crazy quilt or introduce her to a crazy a new pattern for healing and love.

HALF A MIND TO MURDER

Dr. Gladstone confronts an epidemic of a mysterious illness, and one of the side effects is murder. She must visit an alienist in London to learn how to top the death and the madman who has set the epidemic in motion.

When the body of retired Admiral Orkwright washes ashore wearing nothing save his wife’s underwear, the entire village of Newton Upon Sea is shocked. When Dr. Gladstone uncovers the truth about his death, it’s even more shocking than what he’s wearing.

Edward Boswick, Fifth Earl of Dunsford, hosted a small gathering of friends at his country estate, including the village’s lady-doctor, Alexandra Gladstone. The noblest of the nobel, each of his intimates was in possession of title, land–and a secret vendetta against his host. And so,when their “dear Eddie” is found murdered in his own bed, the lords and ladies point to a helpless servant–and flee.But when Dr. Gladstone finds evidence suggesting otherwise in her autopshy of the late earl, her inquires lead her into a web of scandal and deceit.
“Without a dull moment. Don’t miss it.” Tony Hillerman

Ex-law student Jane Ferguson, a California girl stranded in Alabama, whose culinary expertise doesn’t go beyond ordering a pizza, and whose flair for decorating never got beyond a sputter, is desperate for a job. She manages to get herself hired as assistant to local decorator and party planner Hillary Scarborough, whom Jane refers to as “the Martha Stewart of the South”. When a dead body turns up in the house they’re hired to decorate, they have to coordinate clues along with color schemes as they find themselves the new targets of the killer.

Cassandra Bean, a local psychic, hires Jane and Hillary to plan a banquet in honor of a dead ancester. When the two of them arrive at the old Bean mansion in the backwoods of Alabama, they find Cassandra dead and the other members of the eccentric family convinced that the house is haunted by other ancestral Beans. Then a flash flood traps them all there and others begin to die. Jane and Hillary have no choice but to finish the job they were hired to do and try to avoid being finished off in the process.

The stylish sleuths go from southern Alabama to the south of France to attend the prestigious cooking school of Madame Hulot. Before Jane and Hillary unpack their bags, they discover a corpse in a vat of Cotes du Rhone, full-bodied and robust–the wine, that is, not the corpse. Their search for the killer takes them on a wild spree along the Riviera, from the famed Monte Carlo Cassino to nude beaches and from quaint villages to a castle of one of the Knights Templar.

Alexis Runnels, rich and rebellious, returns from the Great War in Europe in 1918 where she has served as a nurse. Now she’s no longer content with the staid life of the southern aristrocacy in Houston nor of the empty fast life of the Jazz Age in New York. She meets Jon Calahan, several years her senior, married, and her father’s business rival in the oil business–the perfect challenge. She becomes Jon’s business partner and lover and finds herself in the oil wildcatters’ fields of Midland, Texas where she has to come to terms with here-to-fore unknown truths about her past and a scandalous present.

Last Summer I Got In Trouble

The trouble started when eleven-year-old Andy Bradford of Chicago came to Texas for a summer while his parents were away. He met a kid named Bernie, who didn’t care about being cool. He also met Ricardo, who had broken the law by crossing the border from Mexico. Before the summer was over, Andy found himself being arrested and facing criminal charges. He would never forget the summer he got in trouble. It would change his life forever.

Sarah, Sissy Weed and the Ship of the Desert

When a ship unloads a cargo of cames in Sarah McCluster’s hometown of Indianola, Texas, in 1857, no one will claim them, so the camels are set loose to tear up lawns and fences. Sarah and her friend, R.J. La Salle discover the camel ship was also importing illegal slaves, and very soon their lives are in danger. Sarah befriends a young slave girl and finds a most unique way to help her survive.

Do you need help learning how to write, edit, or publish your work?  SouthWest Writers is a non-profit devoted to helping both published and unpublished writers improve their craft and further their careers.  for more information go to:  www.southwestwriters.com

RMK is a proud affiliate of