Genealogical Historian Margaret (Molly) Shannon provides a fascinating look at the lives and cultures of America’s colonial and pioneering families beginning as far back as 1475 through the eyes of her ancestors.  The incredibly detailed lives and culture surrounding the Abbe/Abbye/Abbey and Ashman families provide the basis for a real life drama.   Molly’s inspiration began in childhood as we discover through the Forward of her book:

There was always a library in my parents’ home. On the shelves, eleven volumes of Will and Ariel Durant’s, The History of Civilization sat next to the poetry of Khalil Gibran. World War II books were alongside author Edgar Casey’s explorations and works on Transactional Analysis. There were two volumes, published in 1916, that I pulled down often: The Abbe-Abbey Genealogy, and The Memorial of Thomas Abbey. I was fascinated by the lives of my ancestors. While in elementary school, I won a Daughters of the American Revolution (DAR) writing contest with a story about Captain Thomas Abbey (1731-1811) and his famous drum.

My interest in genealogy continued to grow, and I discovered more of the story of my father’s Irish immigrant mother and the Ashman line. I met distant cousins online through genealogical websites and visited Enfield, Connecticut to see the statue of Thomas Abbey. The impetus to write a book about my ancestors centered around sharing this history with my grandchildren.

In 2015, when I joined the Albuquerque Genealogical Society, I had my DNA tested, found matches, and returned to the old 1916 published books about the Abbeys. I now had four granddaughters and a great niece. I saw that these family histories were about the men. Women were mentioned only in the context of their names and their position as wife or daughter. What were their stories? My knowledge of the family tree expanded. There were ancestors who had connections to royalty, one was among the first female doctors in America; there were those who were devout Puritans, as well as those who spoke out against the Puritan rigidity. My section entitled The Lives and Role of Women in each generation, is an attempt to look at the lives of women of that era: not through the lens of modern feminist thought, but to highlight the differences between our female ancestors and the women of today. 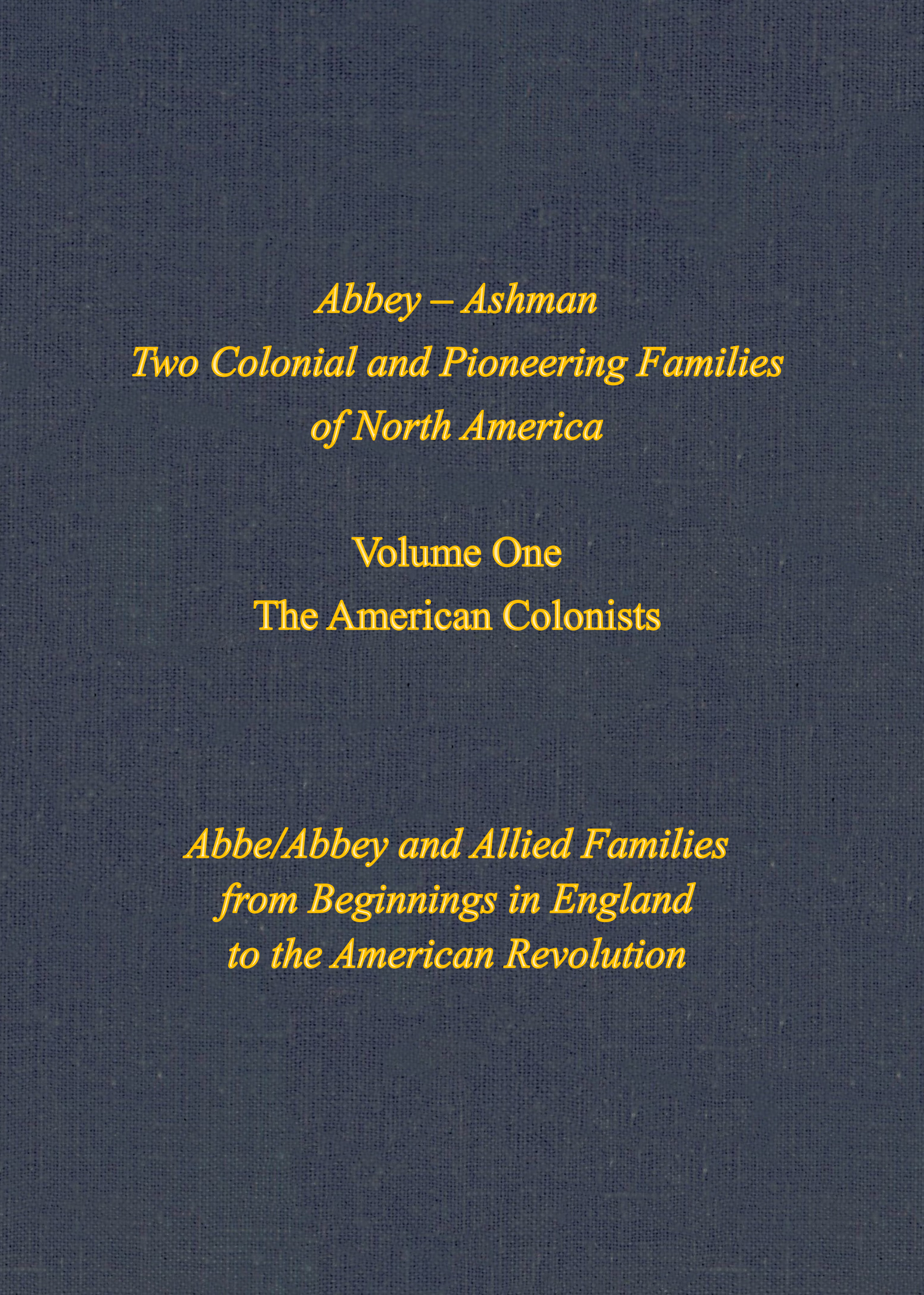 In 2019, I traveled through Massachusetts and Connecticut, visiting libraries, museums, cemeteries and houses that my Colonial ancestors built. I came home to write. I plan to continue my chronicles beyond Volume One, which covers the origins of my maternal Abbe/Abbey ancestors in England and traced through four generations in Colonial America. They were among the first generation of a new nation, fighting for freedom, in the Revolutionary War, against those who were from the same country of origin. These ancestors had both peaceable and wartime relationships with Native Americans. They adapted some of their customs and used their pathways, turning them into highways as the United States expanded into new territories.

Volume Two, will cover the fifth generation, Peter Abbey and six generations of his wife, Hannah Alden, tracing vast branches back to England and the pilgrims of the Mayflower.

Volume Three will follow four generations of Abbeys from New England to New York State, Connecticut, Ohio and beyond. Some eventually settled in California, Mexico and Arizona; military service took others around the globe. The women who married the Abbey men had origins in Northern Ireland, Pennsylvania and Maryland.

Volume Four will cover my paternal Ashman ancestors, who lived primarily in California. I hope to also publish a fifth volume with a focus on my parents, including stories and photographs from their lives traveling around the world.

For more information or to order a copy Click Here.